Take a look at some of the latest incidents TEAM Aid volunteer coordinators have provided assistance for.

A 90-year-old retired scientist died of a heart attack. TEAM aid is coordinating his family members and helping him transport to his hometown, Nashik, Maharashtra, India.

A 68-year-old woman suddenly collapsed while talking to family members and later on was pronounced dead at the hospital. TEAM Aid is transporting her remains to her home city, Bhubaneswar, India.

A 68-year-old visiting parent from Jaipur, Rajasthan, India died of a massive heart attack. His family could not find a funeral home that can offer funeral services until the next several days. But TEAM aid made it possible within 36 hours.

My friend K.G was killed in an automobile accident on Dec 31st. He was released to a funeral home a few days later. As per his will, he wished to be taken to India for his last rites, as he has no immediate family in the US. We had a viewing ceremony for him on January 11th for his friends and colleagues here in Orlando so that we all could say a final goodbye to him. Since then we along with the funeral home director were trying to send his remains to India, all the paperwork was delayed but done eventually. We got the clearance from the consulate, still, there was so much delay in finding the flights. The family in India is devastated and so frustrated with the entire process. Despite our best efforts, it took almost a month until we contacted the team aide representative in Orlando. They have been extremely helpful, responsive, very prompt, and proactive. KG will be reaching India tomorrow.

A 53-year-old man, native of Warangal, Telangana State in India died of cancer. TEAM Aid is coordinating and contributing for his Funeral.

A young software professional suddenly died of a massive heart attack. TEAM Aid is helping his devastated family and transporting him to Hyderabad, India for the funeral.

A software professional was stabbed to death by another known person. While the case is under investigation, TEAM Aid is transporting the deceased to his family in Chennai, India.

A 40-year-old software professional suffered from a massive heart attack and died soon after. TEAM Aid is transporting his mortal remains to his family in Hyderabad, India.

A visiting parent was on the inbound flight to the US (Delhi to New York), he suffered from Cardiac arrest, and as soon as the flight landed he was transported to the hospital for treatment. He died in NY while he was undergoing emergency treatment. TEAM Aid, helping his family, transporting him to Boston, Massachusetts, and arranging funeral services.

A 51-year old, gentleman died of severe illness caused by Covid. His spouse and family live in Goa, India. Because of Covid's death, we were unable to transport his mortal remains to India, so TEAM Aid arranged a religious funeral and burial in New Jersey.

Team Aid volunteers are located around the world and are ready to provide invaluable service and support for those experiencing crisis situations.

We encourage you to join us, so that, together, we can help others in need.

Team Aid is not a government-operated 911 or emergency service.

We are a volunteer-based organization providing assistance to individuals in crisis situations. 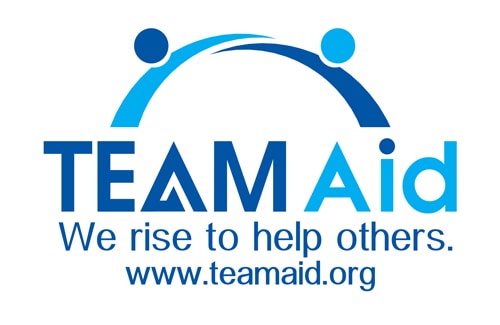